Funkenhausen Serves German Fare With a Sense of Humor

For such an upscale restaurant, the newly opened Funkenhausen still has a sense of humor. This German restaurant’s motto is "Wine, stein, dine," and their eclectic menu includes small plates and a handful of entrees that they refer to as "big as funk."

Vegetarians will love their veggie-only small plates, like charred broccolini with cheddar and hazelnuts, or the weekly blue-plate spaetzle that changes every week. For the rest of the population, the Piggy Plate is a must (described by Funkenhausen as ‘just offal’). It’s that tongue in cheek humor that keeps the classy restaurant so fresh and fun, and the kind of place you’ll want to visit again and again. And what would a German restaurant be without a pretzel? Funkenhausen’s top appetizer is the garlicky pretzel knots, and they are the doughy way to start any meal. Funkenhausen’s weekend brunch is just as irreverent, and the steak and eggs for two is just the prescription to a few too many drinks the night before. Be sure to make reservations, especially if you have a large party. 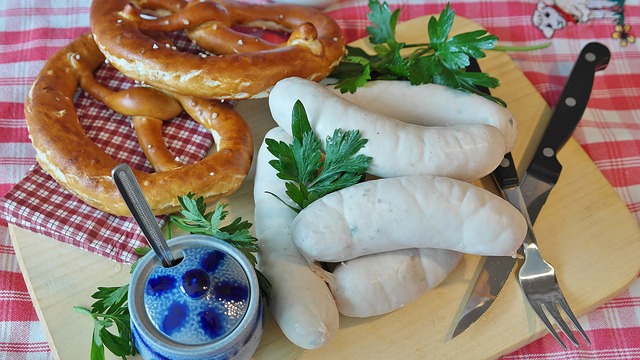